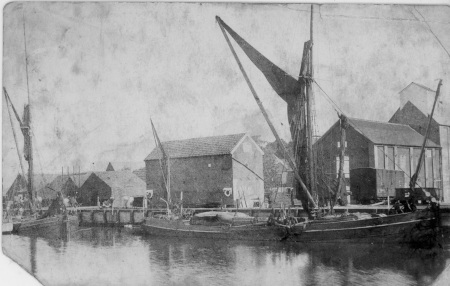 A Thames sailing barge is a commercial sailing boat once common on the East Coast of Britain. The flat-bottomed barges with a shallow draught and leeboards, were perfectly adapted to the Thames Estuary, with its shallow waters and narrow tributary rivers.

The larger barges were seaworthy, and were the largest sailing vessel to be handled by just two men. The average size was about 120 tons and they carried 4,200 square feet (390 m2) of canvas sail in six working sails.

The river barges worked the London River and the Port of London. Cut barges were smaller so they could pass into the Regent's and Surrey canals. The larger estuary barges were seaworthy craft working the Kent and Essex coasts while coasters also traded much further afield, to the north of England, the South Coast, the Bristol Channel and to continental European ports. 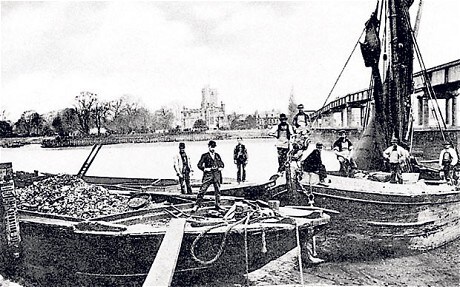 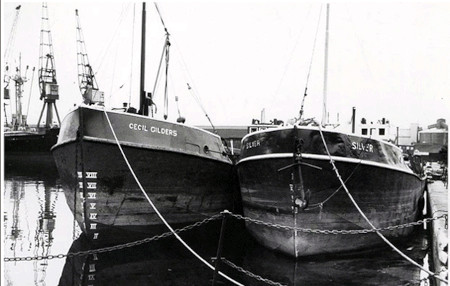 Cargoes varied enormously: bricks, cement, hay, rubbish, sand, coal, grain and gunpowder. Timber, bricks and hay were stacked on the deck, while cement and grain was carried loose in the hold. They could sail low in the water, even with their gunwales beneath the surface.

They sailed the Medway and Thames for two hundred years; then in the 1860s a series of barge races were started, and the barges' design improved as vessels were built with better lines in order to win. The Thames barge races are the world's second oldest sailing competition.